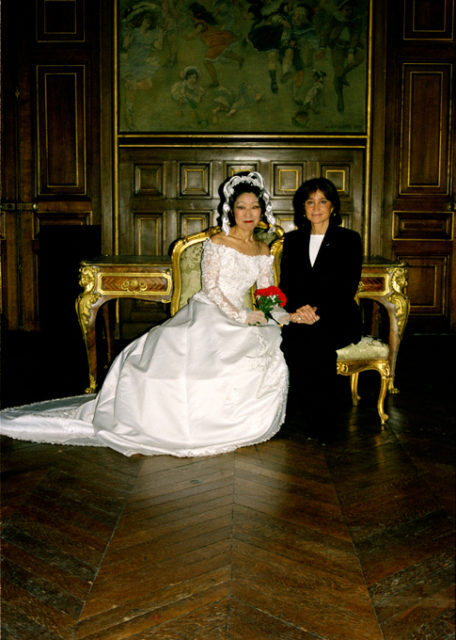 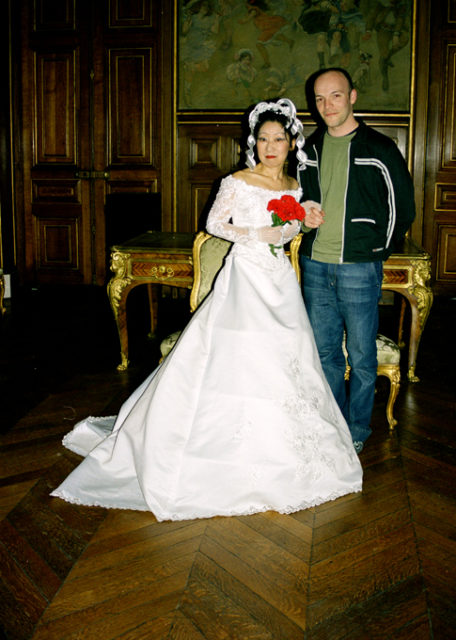 I went back to my reoccurring theme for the exhibit Intimités at the Paris City Hall during Women’s Week in 2003, where I used the actual site of the marriage registry.Considering that the more marriages made, the easier it is to demystify this imposed ritual, I continued to get married, fictitiously, in galleries, museums or art centres. Thus, Micro-Event n° 21 consists of recruiting the greatest number of candidates, male or female, for artistic weddings, with certificates and signatures into the bargain.I presented myself on a slowly turning podium, under a bell-shaped transparent lid, much like a doll in a Christmas window display, singing When I Fall in Love. Then I exited the covered podium to marry the largest number of people possible, regardless of their sex.This action was filmed during the opening and presented during the entire exhibit.