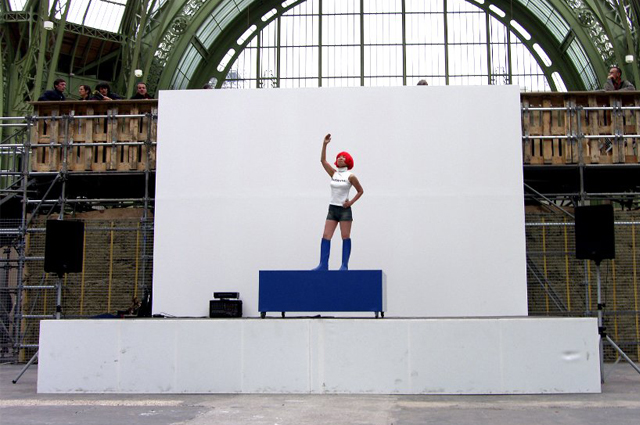 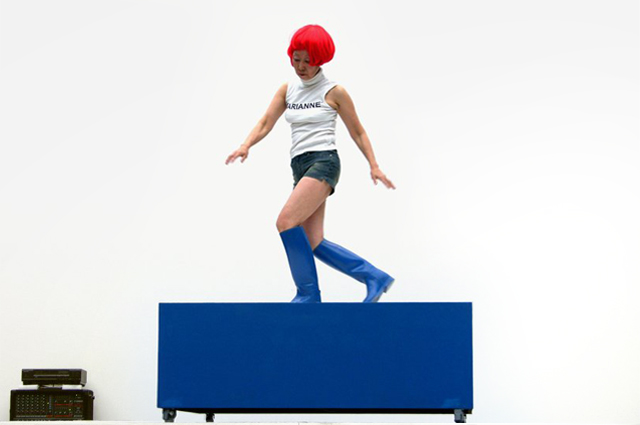 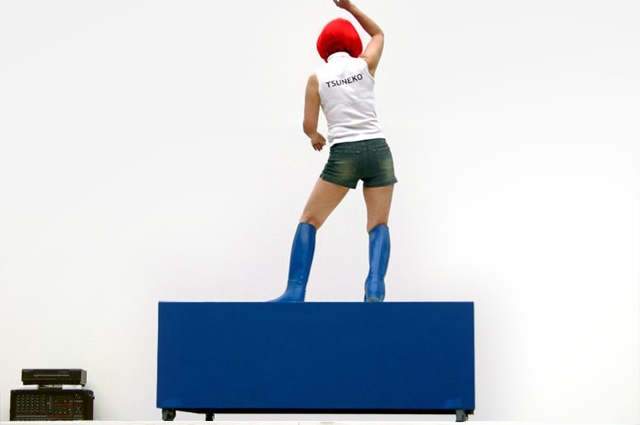 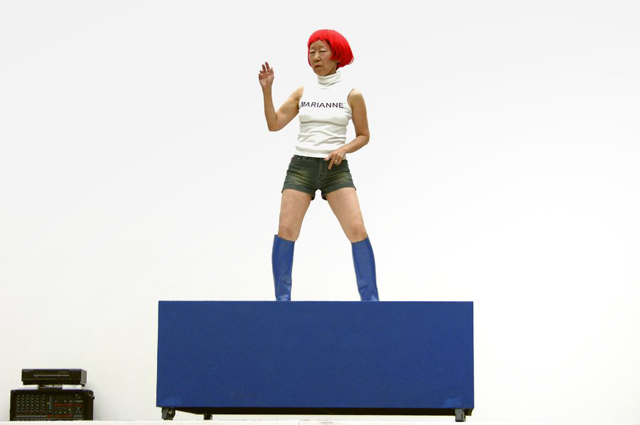 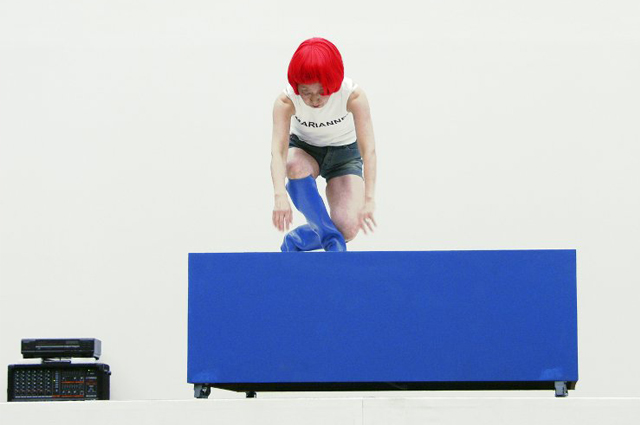 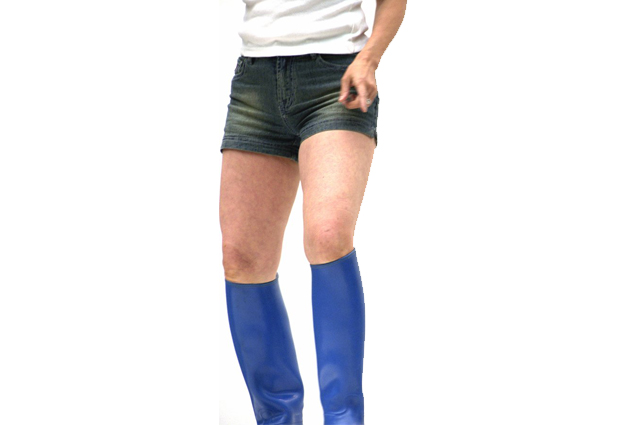 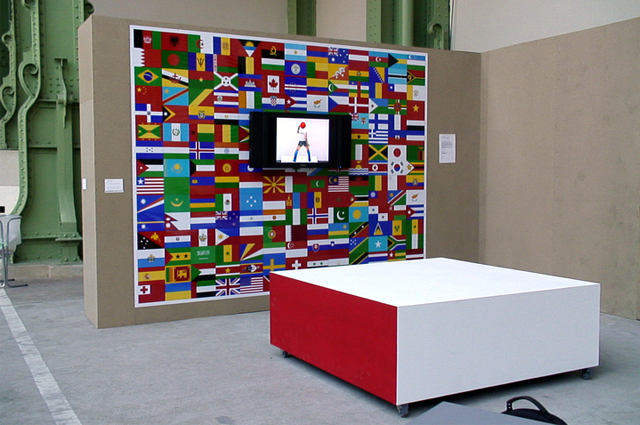 The video shows a performance I gave on May 9, on the big stage at the Grand Palais. As the background, a printed poster evoking multiracial society. On a blue, white, and red podium, I play an adaptation of the icon Marianne, the symbol of France, and dance to several versions of the Marseillaise mixed with various national anthems (Japan, Algeria, Romania, Israel, Colombia, etc.). I develop a modern idea of France using the Micro-Event form, a concept that I invented and which I named.

Performance and installation: video of the May 9 performance, poster, and podium.