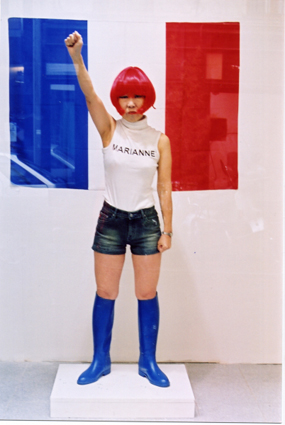 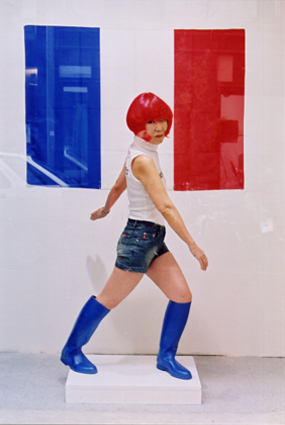 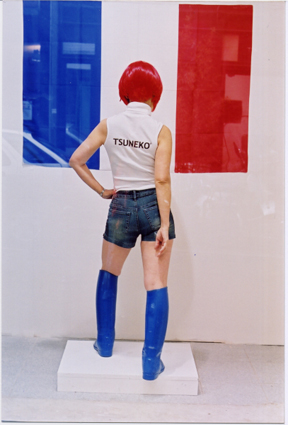 I was in the window of « Window », dressed in a white T-shirt on which « Marianne » was written on the front and « Tsuneko » on the back. Instead of wearing a Phrygian bonnet, I wore a red wig and I had on blue boots.
A French flag was hanging behind me on the wall and I danced to the « Marseillaise ». In the street, there were passers-by and the public of the Profession of Artistic Faith exhibit, which took place during the presidential elections, before 27th April 2002.