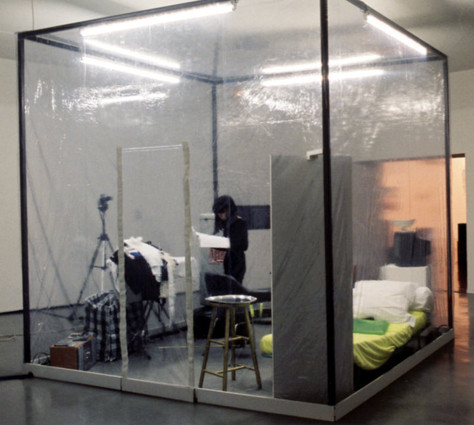 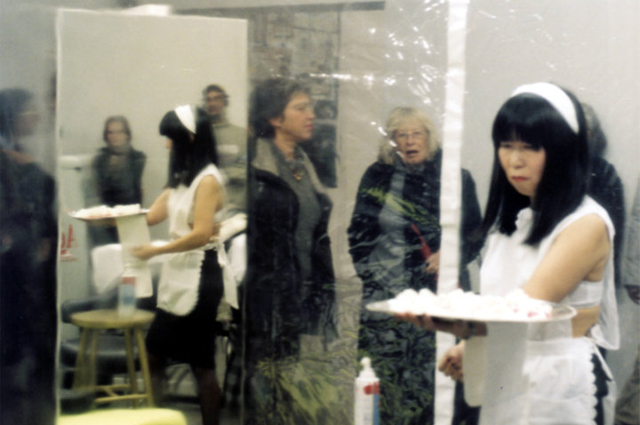 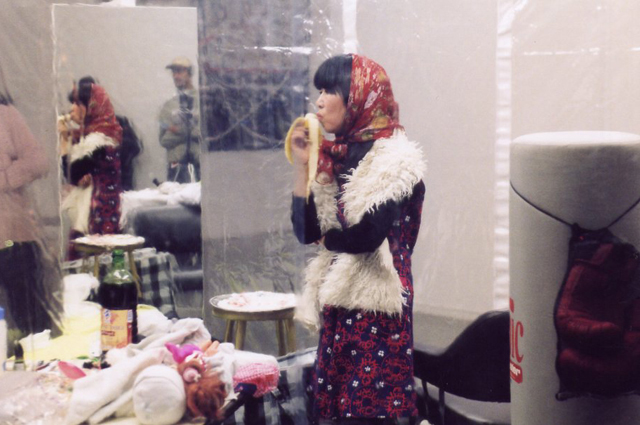 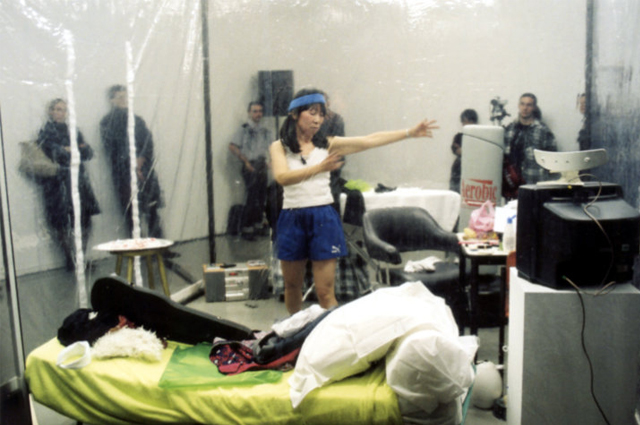 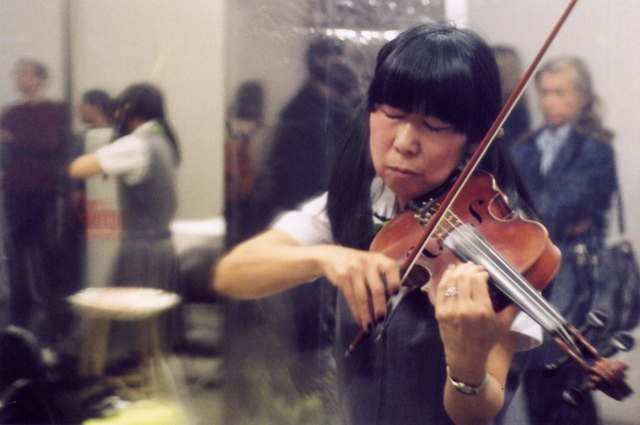 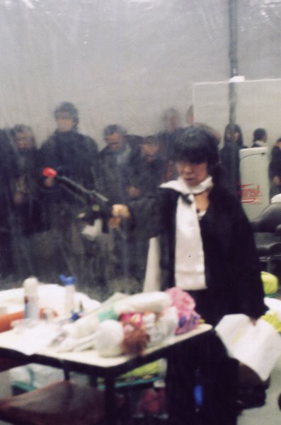 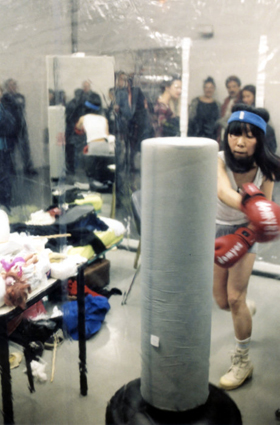 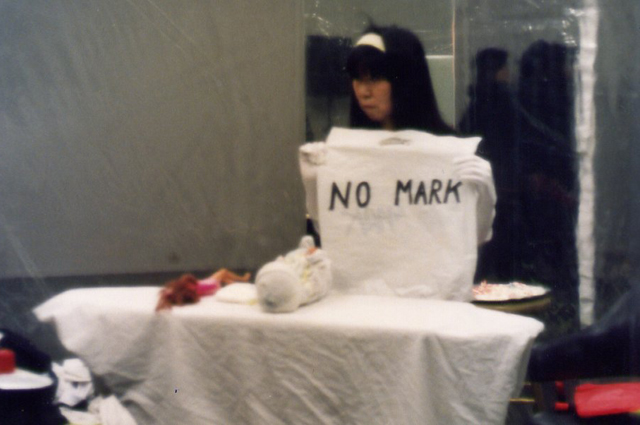 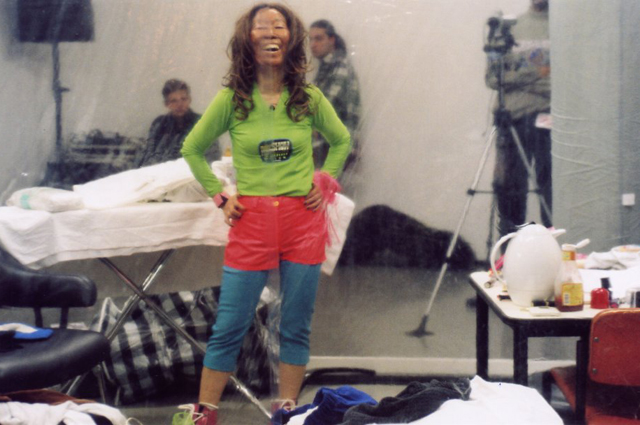 During a five-hour period, I enclosed in a 27 cubic-meter transparent plastic cube; I played the role of nine characters, each identifiable by a simple gesture and different costumes. These nine female characters are: a female narrator, a waitress, a homeless woman (the Plastic Bag Lady), a Japanese high school girl, a Japanese school girl, « Ninja Girl », a female boxer, a sales rep for baby nappies, Ganguro Girl (the bimbo: with a face blacked from ultra-violet rays, in colourful clothing and platform shoes).
The furnishing of this cube was composed of a bed, a table, a chair, a television, a mirror and a punching ball. The five hours of activity were video taped and shown during the exhibit next to the cube containing the traces of this action.