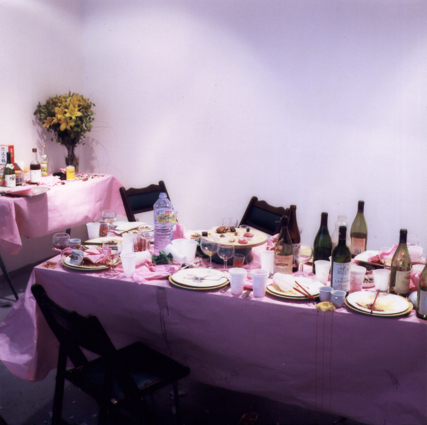 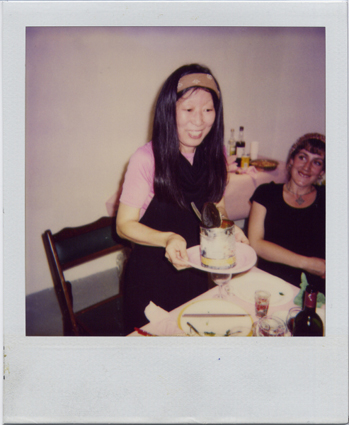 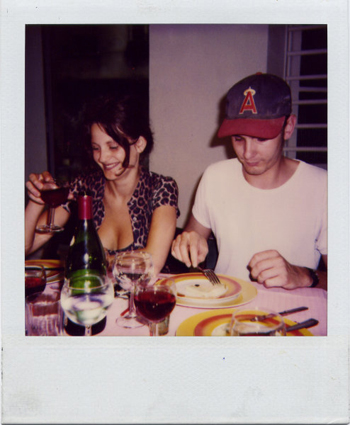 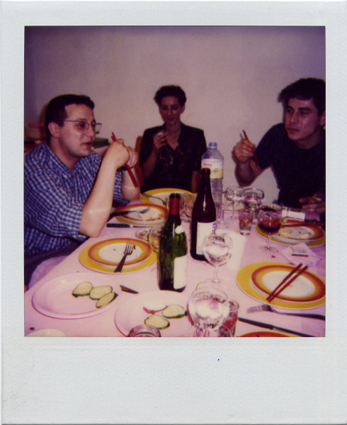 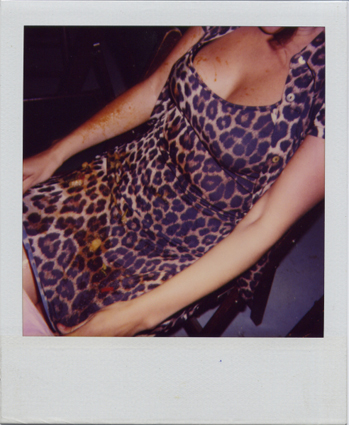 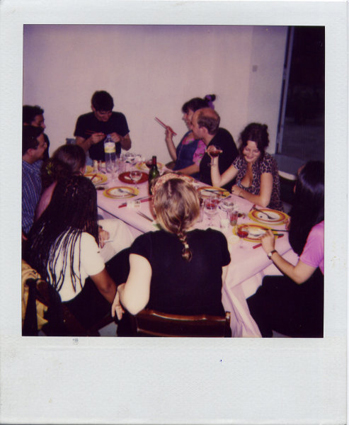 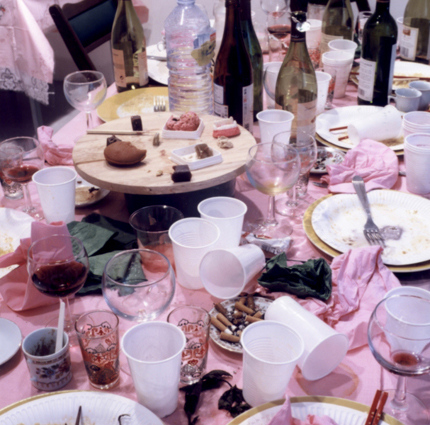 For a one-evening exhibit, I immediately thought of doing a project that would go beyond the notions of traditional exhibits, which imply a certain temporal durability. An evening is very limited and ephemeral. I wanted to do something closer to life, which went beyond the range of “art object”, and which therefore questioned the habitual notions of time and space in an exhibit. In this context, the idea of a Micro-Event came to life and expanded upon the question of communication.
We believe that and say that we belong to one or another community, whether artistic, cultural, political, social, and we communicate this to the outside. In order to have a community, a common language needs to exist – and thus a set of implied rules. The shared meal (lunch, dinners) plays a very important role in most communities and allows for the establishing of what one would call “conviviality”.
Three days before the opening, I invited people from the art world (people who run art galleries, collectors, artists) to eat, talk and drink. I prepared them cuisine of various origins (for example: couscous, sushi, pork roast, egg rolls, etc.) and drinks (sake, wine, vodka, Japanese tea) in order to allow for a cultural mingling and to end up drinking too much and getting into a fight, to create a catastrophe. Before the meal, I asked a certain person to push the scenario to the limit to create this catastrophe.
Three days after the dinner in the gallery, the public came to the opening. There was total disorder, chaos on the table, floor and walls. Polaroid images taken during the dinner were presented, accompanied by a text.