Each Generation Pays for the Errors of Its Predecessors, 1994 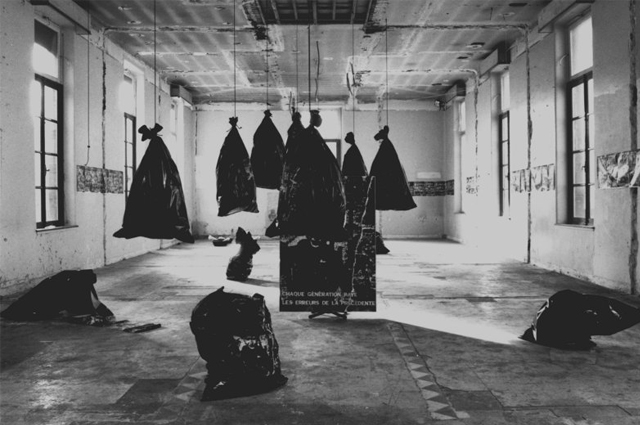 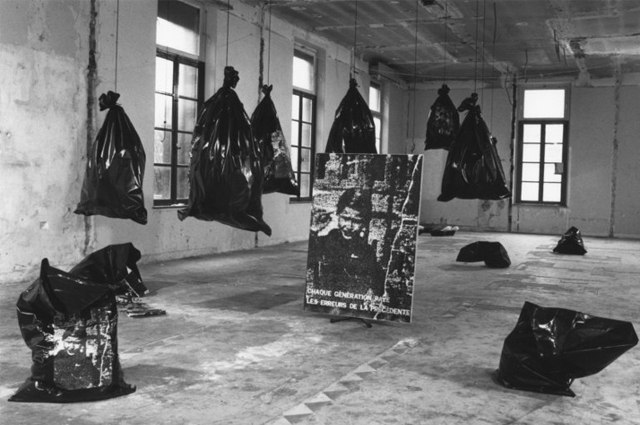 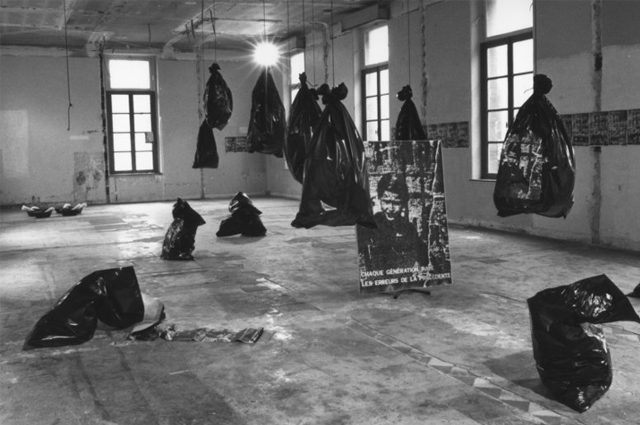 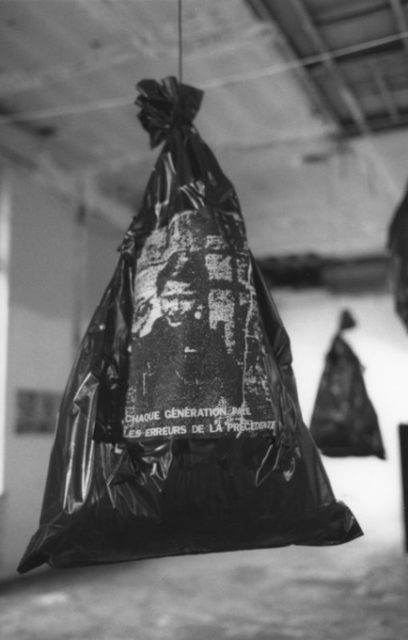 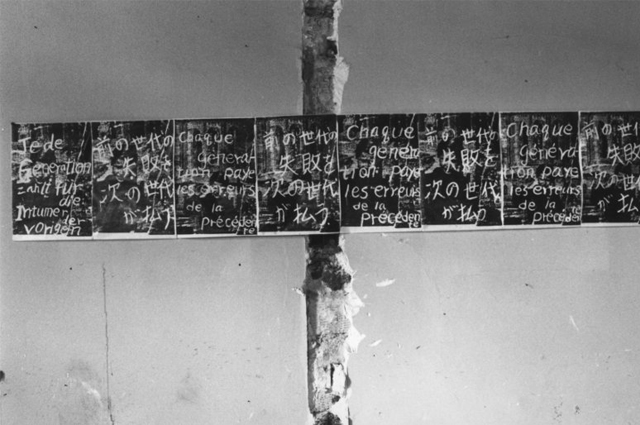 I wanted to implement the phenomenon of history, with its silences and its commemorations of waste and the rise of exclusion that come together in a consumer society.
One day I came across an photograph of a little boy playing among the ruins of postwar Berlin, like in the Rosselini film. Looking at this picture, a thought came to me: how generations are added to generations of human beings to arrive at this state of humanity, with its contradictions and threats on it today? Rather than seek a Japanese identity in the past, turning my back on my country, but facing the problems now facing the world?
I put garbage into black trash bags, on to which I had pasted the image of the boy playing among the ruins of Berlin. I then added the phrase: “Each generation pays for the errors of its predecessors,” which became the title of the work.
The installation was made of these plastic bags, suspended from the ceiling, or placed on the ground, a large panel with the photo of the child, and posters on all the walls with the image and the title of the work in French, German, and Japanese.

Hou Hanru – Each generation pays the errors of its predecessors